Indie developer Renegade Kid (Dementium, Moon, Mutant Mudds) has recently revealed their latest game for the 3DS eShop which is titled Xeodrifter. The project spun off the idea of turning the excellent Moon Chronicles into a 2D demake. Inspired by classics such as Super Metroid, Metroid Zero Mission and Castlevania: Circle of the Moon, Xeodrifter will be a sci-fi Metroidvania with a beautiful pixel art aesthetic. Renegade Kid developer Jools Watsham described the inspiration that led to the birth of Xeodrifter on his developer's blog:

"The first thing I expect many people might think is, “I thought you were working on Treasurenauts!” Yes, well, I have a confession to make. We were working on Treasurenauts – and it was progressing really well – then, one day I got a bee in my bonnet to make a [Metroidvania] game ... it started when I mocked up a 2D demake of Moon Chronicles for fun a while back. It came together much better than I expected, and I really liked how the main little space man turned out. I let that mock-up sit dormant for a few months while we finished up the real Moon Chronicles and also continued to work on Treasurenauts, but the idea of the 2D space game came back to the front of my mind one day.

Xeodrifter is the story of an interstellar drifter traveling the stars on a mission of exploration. In this particular installment of the story, we join our nomad as he embarks on the exploration of small cluster of four planets in the omega sector, after a collision with a rogue asteroid damages his warp drive. A scan of the neighboring planets reveals a number of energy signatures on the planets that may provide the special material needed to fix his warp drive and get back to cruising through the cosmos.

My goal from the beginning of Xeodrifter was for it to be a small, bite-sized experience, much like Ikachan in terms of scope. I want it to be something that you can dip into for fun, and accomplish in a relatively short period of time. But, there will be enough secret goodies located off the main path to keep the thorough gamers among us busy for a little longer."


It should be noted that Treasurenauts is still in development and is coming to 3DS but Xeodrifter is set to be completed first. The game was first revealed exclusively to GoNintendo and I highly recommend visiting their site and reading the full article as Xeodrifter looks like another gem in the 3DS' excellent library. Be sure to scan the QR Code below with your 3DS to view a 3D screenshot of the game, it looks pretty sweet. Enjoy! 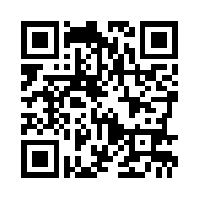