Have you ever looked at your SNES collection and wondered what the significance of the colored block just to the upper right of the game title that is visible from both the spine and front of the cartridge?  It is actually a quick method of identifying who produced the game.  It may seem odd and it is exclusive to the US Super Nintendo library but it allows anyone to quickly figure out whether a game was put out by Nintendo or one of the many third party publishers of the SNES era.  There are 3 different block colors and knowing what they mean can help when quickly glancing at a large SNES collection: 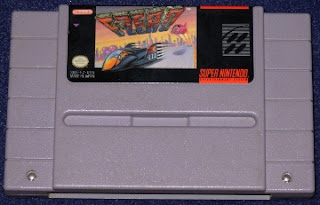 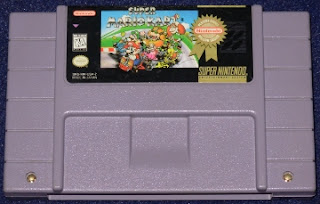 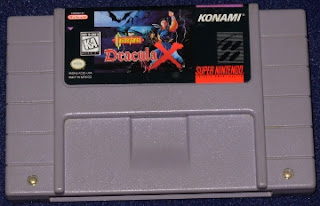 With a few exceptions, Nintendo published games also feature the title on the end label printed in the same font and distinctive teal text (NOTE: The original Donkey Kong Country featured yellow text to better contrast with the jungle background).

A notable exception to this rule is StarFox which features the actual StarFox logo but oddly enough, the rare StarFox Weekend Competition Cart features the traditional end label with teal text and recognizable font.