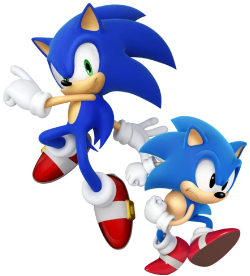 From writer/director Eddie Lebron, creator of the great Mega Man fan film, comes Sonic, an impressive production that once again does justice to its source material. The Blue Core Studios production is a short film created to show what an actual feature length Sonic film could look like. Clocking in just under 20 minutes, the film features Jaleel White as the voice of Sonic who is well known for voicing the hedgehog in his many animated outings as well as his famous roll as Urkel from the Family Matters TV series. The CGI in the film is pretty damn slick and used to great effect for characters such as Sonic and Robotnik's robot army. We even get some impressive cameo's from many internet celebrities such as Doug Walker (The Nostalgia Critic), James Rolfe (The Angry Video Game Nerd) and Brent Black (Brentalfloss). The film is quite good and it's a recommended watch even if you're not a hardcore Sonic the Hedgehog fan. Enjoy!