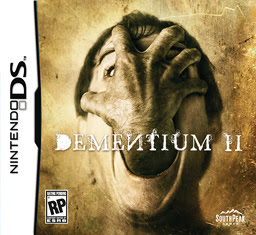 Developer Renegade Kid was responsible for some of the best FPS titles for the Nintendo DS with an emphasis on horror and solitude. Their Dementium titles are some of the creepiest portable horror games you can play and Moon was arguable a better Metroid game and Metroid Prime Hunters with its excellent sense of isolation and moonbase setting. Renegade Kid has since moved onto their highly successful and fantastic retro platformer Mutant Mudds for the 3DS eShop (as well as the recently announced 3DS sequel and  Mutant Mudds Deluxe for Wii U) but fans have been begging for the company to do a FPS for the 3DS. In response, the company has just announced Cult County which looks to be a proper return to portable FPS horror. While details are light at the moment, the pedigree of the developer leaves little doubt that this will be a great game. Here is what we know so far:


Visit the Cult County website for screenshots and a QR code you can scan with your 3DS to see 3D versions of the screenshots. Enjoy!